Automate Your Cloud with Azure Bicep 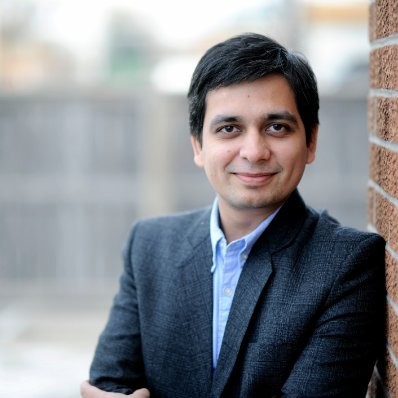 Aman is a Principal Consultant at Lunavi who is passionate about providing optimized IT solutions, especially within the cloud and automation realms.

Azure Bicep is a great way to implement Infrastructure as a Code to automate the provisioning of Azure resources. It is a transparent abstraction of ARM templates and can be considered the “next generation” of these templates. In this post, I’ll get you started by describing how Bicep language works as well as key differences and similarities between Bicep and ARM Templates, which you may already use today in your Azure environment. We will also look at how to convert existing ARM Templates to Bicep lang.

It has a much simpler syntax with no JSON noise. JSON was meant to be a language that machines understand, whereas a Bicep is meant to be readable to humans. It has a much smaller footprint when it comes to the creation of configuration files. It is a modular approach to building ARM templates and configuring your resources. Any Bicep file is a module by itself – and it is a reusable module. This reusability is the key feature of Bicep lang. There is no need to create anything extra, as any Bicep file can be treated as a module out of the box that you can deploy directly.

When installing Bicep tools, there will be very little overhead. You only need to run the Bicep-related command lines. If you have Azure Command Line Interface (CLI) or Azure PowerShell already installed, they can be leveraged to deploy the Bicep files.

The recommended tool to develop your Bicep files is the Visual Studio Code. There is a lot of development going into the Bicep extension, which enables you to provide tab completion or code snippets directly out of the box in VS Code. Just have the Bicep extension installed and you are good to go.

A Bicep file consists of four key parts: parameters, variables, resources, and output. Let’s take a closer look at each one.

You will want to create a parameter for any input that you want end users to provide during deployment. A parameter structure usually starts with the keyword ‘param’, followed by an identifier i.e. a name for the parameter, and the type (ex. String, Boolean, etc.). Finally, you’d provide an optional default value as such:

You can also have descriptors for the variables.

Parameters and variables intermingle with each other. Both of these are reusable components that you can use in multiple locations in your Bicep file to create resources that will refer back to them when providing output data to end-users, etc. Basically, any input that you want the end-user to provide during the deployment should become a parameter and any value that is used or referenced multiple times (but not required as an input from the end-user during deployment) will instead be a variable.

A variable follows the same structure in that it begins with a keyword (var). Your variable is any value that is used or referenced multiple times. It is typically not required as an input from the end-user during deployment.

The Resource is the key section of your code that deploys everything. When writing the Resource, always start with the keyword ‘resource’ followed by a symbolic name for the resource.

Your symbolic name must be different from the name of the resource and should reference a specific resource within the Bicep project.

For every resource, you will have a type. You will also have multiple properties and they differ by the resource types.

E.g. Below is a public IP address resource. The definition starts with the keyword “resource”. Then “pip” is the symbolic name for this resource that you can reference in other resources. Then we have the type and API version defined in the quotes. This resource has a name, location, and other properties.

Also, note in the example above, how you can reference the name variable and the location variable directly, without using any complex syntax.

You can add multiple comments to your Bicep files. These add readability to different sections. There are different types of comments, including single line, inline, and multi-line comments.

How Does Bicep Compare to ARM Templates?

While Bicep and ARM Templates share the same purpose and are deployed similarly, Bicep does have several key differences. Ultimately the goal is to provide a more powerful way to implement Infrastructure as Code that is also more user-friendly.

Bicep files have a very small footprint. They feature less text than an ARM template and are much easier to reference anything as you address parameters by their name instead of typing all the below syntax in ARM Templates:

Bicep files use variables directly by their name and reference other resources using their symbolic names directly as below:

Another key distinction is different scope definitions. You can deploy the resources defined in a Bicep file in different scopes at the same time. Each individual resource can have a scope. By default, the scope is your resource group.

Finally, there is a new string interpolation syntax for Bicep which is much simpler, utilizing a dollar sign, then the variables directly within the quote symbols when formulating the syntax string.

This decompiling process is a best effort process. You still need to understand the different Bicep components are and how Bicep works to confirm the conversion.

If you have a complex operation and the Bicep decompile command is not able to perform the conversion, another option you have is Bicep Playground. It’s a web app you upload your JSON files to, and it shows you the corresponding Bicep file.

Finally, if you know how to construct a Bicep file utilizing parameters, variables, resources, and outputs, you can perform a manual conversion.

While Bicep syntax is relatively simple to get started with, there are many advanced concepts that can provide additional functionality and automate additional resources within your Azure environment. Some of these include:

Part of the fun of automation is combining these elements to see how you can improve your overall process! You can learn more about Bicep on the Azure documentation portal. Lunavi is also ready and able to help you implement Infrastructure as Code to optimize your cloud operations. Contact us today if you’re ready to take the next step with Azure Bicep but need a little help getting there.