Blue Federal Credit Union serves over 70,000 members and communities in Colorado and Wyoming, including F.E. Warren Air Force Base, the now decommissioned Rocky Flats Plant, and the community of Broomfield, Colorado. Founded in 1951, the credit union has grown to close to $900M in assets and was created by a merger between Warren Federal Credit Union and Community Financial Credit Union. When Blue FCU wanted to free up staff to work on new projects, ensure uptime for their customers, and improve business efficiency, they chose colocation from Lunavi.

“We got to a point where we didn’t want to maintain our infrastructure in-house,” said Andrew Shaw, Senior VP of Information Technology. “Do you want to have a full facilities plan for staff, making them available 24/7, for HVAC, UPS, power, not to mention all of the testing?”

The team at Blue looked to totally decommission their on-premise data center, keeping only the bare minimum of networking and switching gear on-site.

“For us,” Shaw said, “It was a matter of wanting to put our efforts into more effectively running the business.”

Banks and credit unions use enterprise applications often referred to as “core systems” which run everything from back office to online banking. Critical to the health of the business and to the customer experience, these systems require an environment optimized against latency and downtime.

Blue FCU migrated their core systems into Lunavi’s Cheyenne, WY headquarters. The colocation facility was chosen in part due to security: geographic separation from the Blue headquarters helped satisfy some compliance requirements, as did Lunavi's policy of independent third party audits. But flexible configurations, customizable white space, and a can-do service attitude also played a part.

“We’ve never been told ‘no’ when we’ve had new or evolving needs. It’s always an exploration of getting to ‘yes,’” said Shaw.

When Blue FCU converted core processing vendors they chose Corelation – a modern alternative to common legacy core solutions. To create a level of consistency they deployed an IBM Flex System architecture to support all CU operations.

AS BUSY AS EVER

“It’s not entirely accurate to say that my team’s time has been freed up,” said Shaw, “Because we are as busy as ever. However, we’re working on other projects instead of thinking about power and cooling and network reliability.”

As Blue continues to grow, Shaw is putting emphasis on taking every advantage of existing platforms and ensuring that systems are fully utilized. Lunavi’s 15-minute Hear from a Human response time SLA and zero-minimum remote hands help ensure their infrastructure is always up and running without running up costs.

“A great deal of efficiency is gained by keeping the team focused on the business and member-facing projects, instead of just keeping the lights on,” said Shaw. 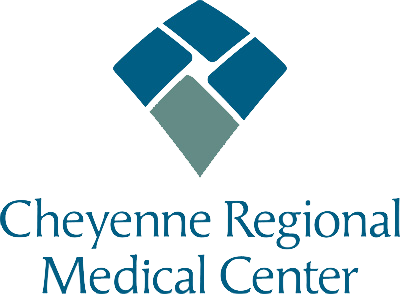 Cheyenne Regional Medical Center sought to modernize and consolidate IT systems under a single healthcare application platform. After choosing Epic Systems, the IT team discovered their on-premise data center lacked the necessary power, space, and cooling. For HIPAA compliance and guaranteed uptime, they chose Lunavi to colocate their Epic Systems platform.

HCMS Group provides cloud-based healthcare information solutions to employers, health organizations and individuals, including data warehousing, data analytics, and clinical prevention services. Because the company needed a HIPAA audited colocation provider that could reliably supply the infrastructure to provide Software as a Service (SaaS) and Data as a Service (DaaS) portals to users across the nation, HCMS chose Lunavi.