As Bosselman methodically expanded and diversified, its technology needs expanded exponentially. CIO Donovan Walsh was brought on to put the right people and technologies in place to elevate Bosselman into the cloud era. With just 24 IT employees servicing such a large and diverse enterprise, Walsh’s staff is expertly cross-trained so anyone can step in to keep service levels up 24/7. From a help desk perspective, the employee base provides a great challenge because convenience store clerks, restaurant wait staff, motel staff, and truck mechanics are all high turnover positions by nature.

HEAR FROM A HUMAN℠ SUPPORT COMPLIMENTS MULTI TALENTED IT TEAM

As a third generation family owned company with roots in farming, dairy calf and peach delivery, Bosselman has a successful history of eclectic and innovative business successes building one great idea atop another.

What started as a midwestern interstate trucking venture in the pre-highway system 1940s quickly expanded into the first line up of truck stops. Next, Bosselman grew convenience stores, semi-truck repair and tire shops, all of which continued a complimentary progression to providing mid-century Americans with the services and conveniences we’re all now accustomed to when hitting the open road.

“Our helpdesk staff is very important to walk new employees through any of our systems, I call it a helpdesk on steroids because it takes about a year-and-a-half to complete our helpdesk training. They must know the restaurant and convenience store systems, the truck repair and hotel systems, all the while Lunavi's the constant rock behind the scenes providing consistent tools and services so that our infrastructure and application layer is a constant in our ever changing and growing and diversifying world,” said Donovan Walsh, CIO for Bosselman Enterprises.

Originally Walsh focused the new vendor search on disaster recovery to compliment the newly planned headquarters building with an idea to build their own data center within. After crunching the numbers to build a modern facility from the ground up, including fire suppression, multiple HVAC units, electrical and the desire for fiber, outsourcing became the crystal clear path.

“We ended up visiting nine different companies, nine different centers with some local vendors but they really weren't geographically diverse; we needed to think about stability with earthquakes, hurricanes and tornadoes so we moved on to IBM, HP, and Rackspace, and then Lunavi,” said Walsh.

“I’ve done this search before and we were very impressed with Lunavi, their facility and their geographic diversity and their technology was outstanding. I really like their cooling systems, the whole be green approach of having the underground water storage and cooling water at night during the cold Wyoming nights and then using it during the day to cool the electronic systems inside. Their power, security systems and building are all top-notch. Once we factored in price and the hybrid approach and the amazing real human touch, there was no close second place. How we knew this was going to be a long-term partnership was through Lunavi’s Discovery Process that in black and white showed us how we could right-size our data center needs and cut out 30% of the cost by eliminating redundancies. What we thought we needed wasn’t the case and Lunavi gained our trust when they pointed this out instead of turning a blind eye and letting us over build and over spend.”

THE MODERN HYBRID IT APPROACH

Bosselman’s business bustles with 5 million credit card transaction per year and if the system were to go down, they can’t sell and they don’t get paid. Lunavi stepped in and designed a hybrid solution, providing equipment and data card processing with an exact duplicate in Seattle if anything should happen in Cheyenne. This solution helps eliminate card processing interruptions.

“We're not sharing CPU and memory with somebody else because the load balancing on that was a nightmare when I did this previously with an IBM data center,” said Walsh. “If we needed more memory to run the applications, IBM would have to take it away from another company you shared that device with. With a hybrid solution, you never run into that and if we need more memory or processor, Lunavi either plugs it in or we reallocate it ourselves. We also have shared data storage because that's easy to balance out with large data arrays with lots of other folks, but it's segmented and protected, nobody else can see our information and that brings the cost down quite a bit to do it that way. Another thing, we were still using an old IBM tape storage device for backups. We were always running tapes back and forth each day to our off site tape storage.  Now we are three generations ahead with a back up in Seattle across fiber optic lines to a large NAS with an exact copy of what we have in Cheyenne at any given time, a much better backup solution. Our disaster recovery site is now in Seattle as well for our entire data center.”

“One of the biggest problems I ever faced was when our credit card payment routers were at a Data Center in Omaha, not at Lunavi, they had all of the communication lines cut into the building and this is a large data center. A television cable company was digging a trench outside their front door and it never occurred to them that they might cut through all their communication lines. It took 24 hours to fix which had a big effect on our business so we tried to keep that in mind when we were looking for a new data center and disaster recovery site that we could split those two up geographically and Lunavi makes that simple for us.”

Thunder Basin needed a unified IT platform to coordinate and provide services from offices many miles apart. A managed cloud platform and Virtual Desktop Infrastructure (VDI) from Lunavi delivered the compliance needed for electronic health records while also providing significant cost savings over an in-house purchase and management. 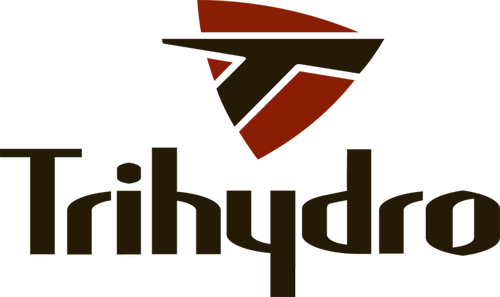 Trihydro chose the Lunavi cloud environment to improve connectivity between office and project locations, to ensure data and systems were reliably backed up, and to do it from infrastructure consistent with both the company’s need for uptime and commitment to sustainability.